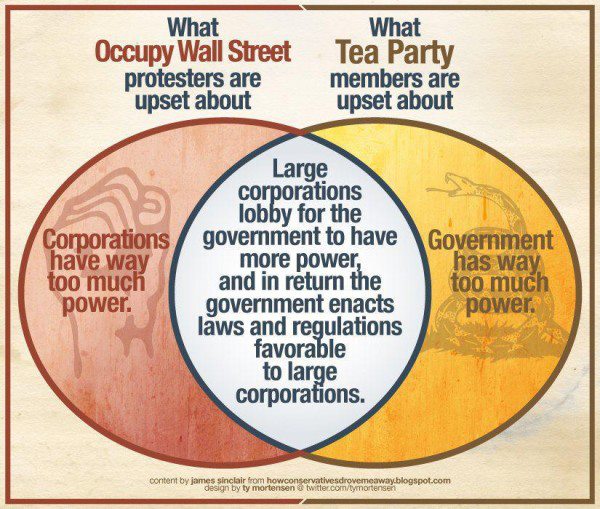 I don't precisely agree with what it says in the middle. I think it's more like, "Large corporations lobby the government for favorable regulations and reciprocate with huge campaign contributions." (Many of which end up in candidates' own pockets through unethical but technically legal campaign accounting tricks like Palin's infamous $150,000 shopping spree.) 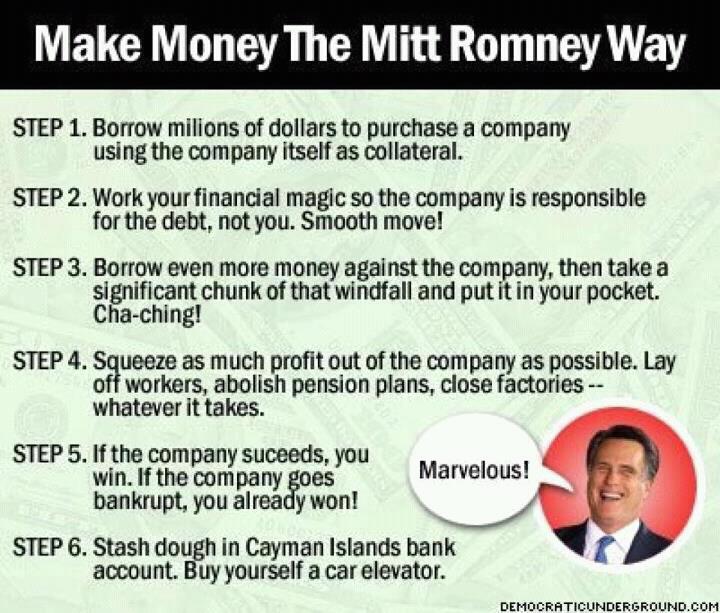