ebay.com (no bids, expires in a couple hours)
ebay.ca (buy it now, while supplies last!)
Guessing at source: http://www.obscenitees.com/ (Caveat: blind link due to work firewall.) 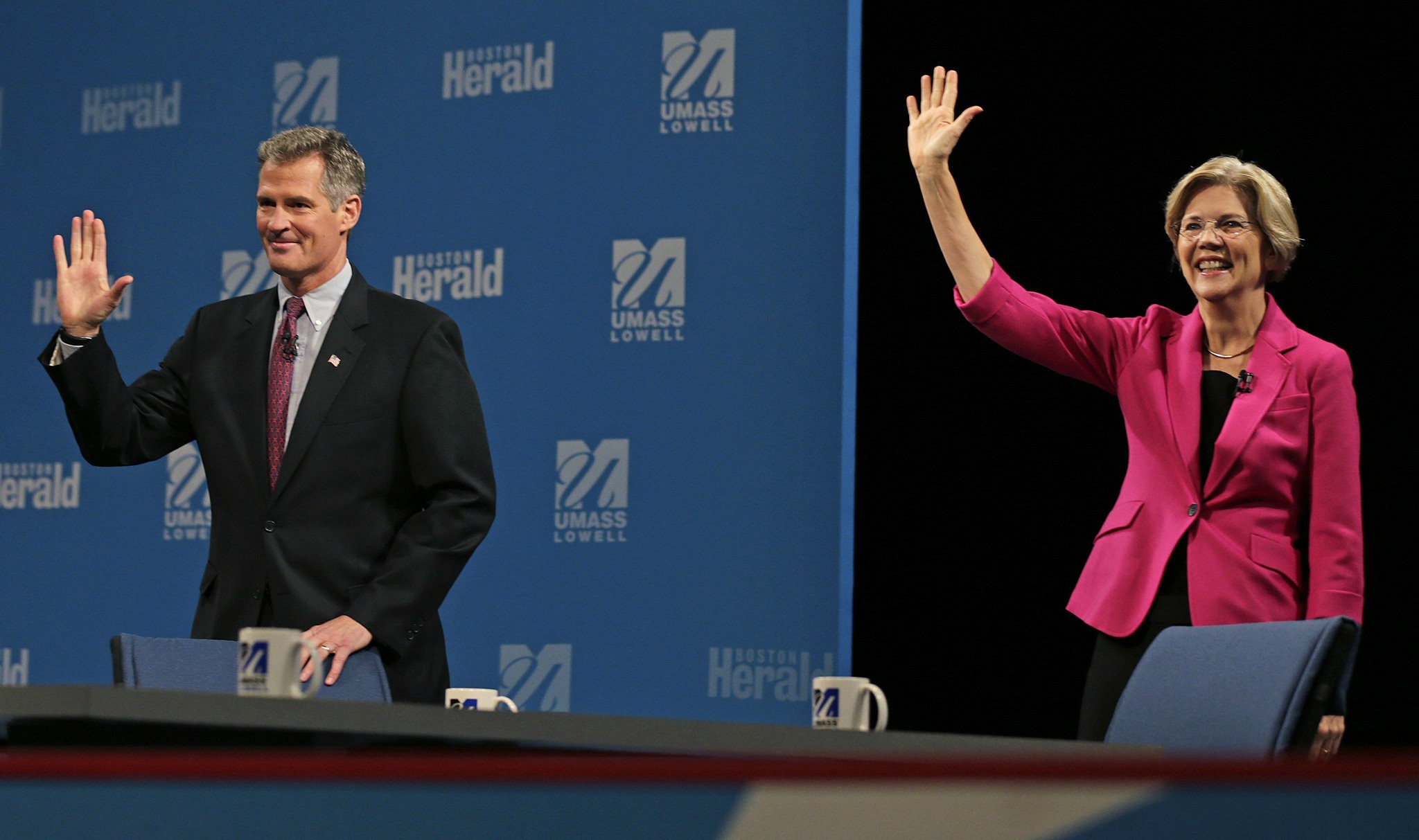 Scott Brown had a Sarah Palin moment last night at the second debate for Massachusetts' senate seat. Debate moderator Dick Gregory asked Senator Brown who was his model Supreme Court Justice, the answer (after several seconds of silence) "Justice Scalia," was met with a big round of boos. Ms. Warren's reaction with laughter, and big smile was priceless. Quickly realizing he flubbed, Senator Brown scrambled to recover by giving a laundry list of justices he assumed the audience would approve including Justices Kennedy and Sotomayor. It brought back memories of Sarah Palin's answer when in 2008, when Katie Couric asked what newspapers or magazines she read, or when Glenn Beck asked her which "Founding Father" was her favorite: "all of them!"

The context of this is important: currently President Obama is leading in Massachusetts by nearly 30 points, and polling suggests voters want the Democratic party to remain in control of the Senate. Nationally, the control of the Senate could hinge on who wins the Massachusetts senate seat. Senator Brown is running as a moderate Republican who is willing to work with the other party (a regurgitated form of "I'm a maverick!"), while Elizabeth Warren has been rather successful in tying Brown to the national Republican Party and Wall Street, and the implication voting for Scott Brown is giving the control of the Senate to the Republican party. Creating more gridlock in Washington. In another debate question that hit this point home, Senator Brown hesitated answering if he would vote for Mitch McConnell as Senate leader if the GOP did take control of the Senate. Senator McConnell is on public record as being an obstructionist and would do everything in his power to insure President Obama was not re-elected in 2012. While Senator Brown has criticized Republicans for being obstructionist, his own record, shows he voted with Republicans to obstruct legislation 30 votes out of 32 (in the period from his election to the Senate, and prior to Elizabeth Warren's entering the race). And many of his Republican colleagues who are supporting Scott Brown, tout the fact by electing him, it would ensure blocking the "Obama Agenda." And while current polling suggests Elizabeth Warren is leading by a razor-thin 2 - 4 points-- political observers in Massachusetts think if President Obama carries the state by 30 points, coat tails that long will guarantee a victory for Ms. Warren.