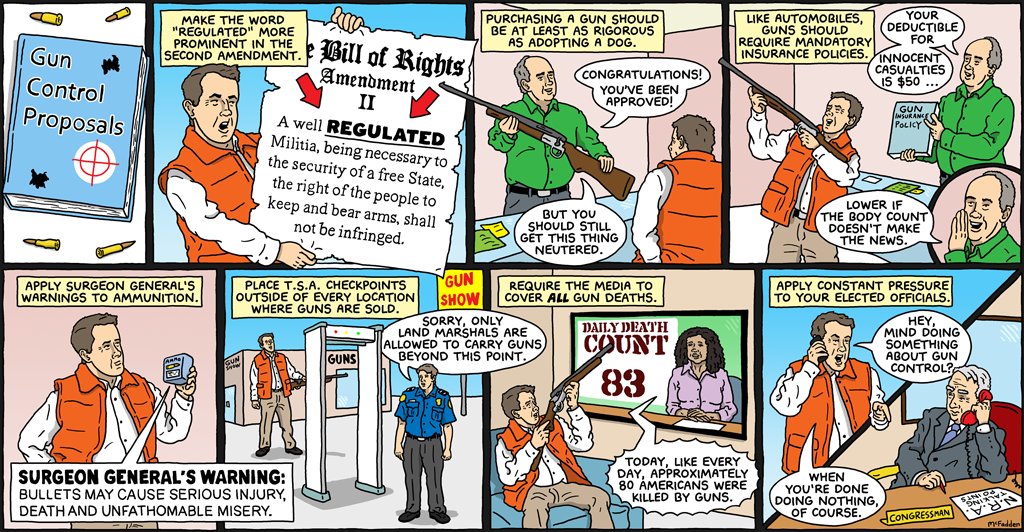 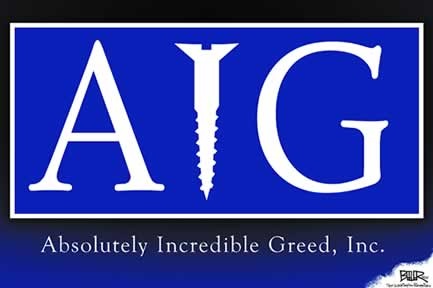 Context: Fresh from launching a branding campaign to try to rechristen itself as a paragon of patriotism, the giant insurer American International Group is reportedly weighing a step that would remind America just why everyone got so darn mad in the first place. The board of AIG, according to the New York Times, is weighing whether to join a $25 billion lawsuit against the U.S. government for forcing unacceptably high losses on shareholders in its bailout. The argument is that this violated the Fifth Amendment’s prohibition on the government seizing private property without just compensation. 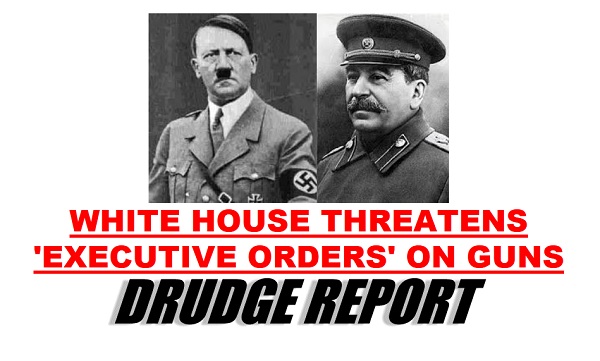 15 seconds. That's about the time from when V.P. Biden said the President could do some gun control fixes with executive orders, and the far right lost its collective shit. Source.