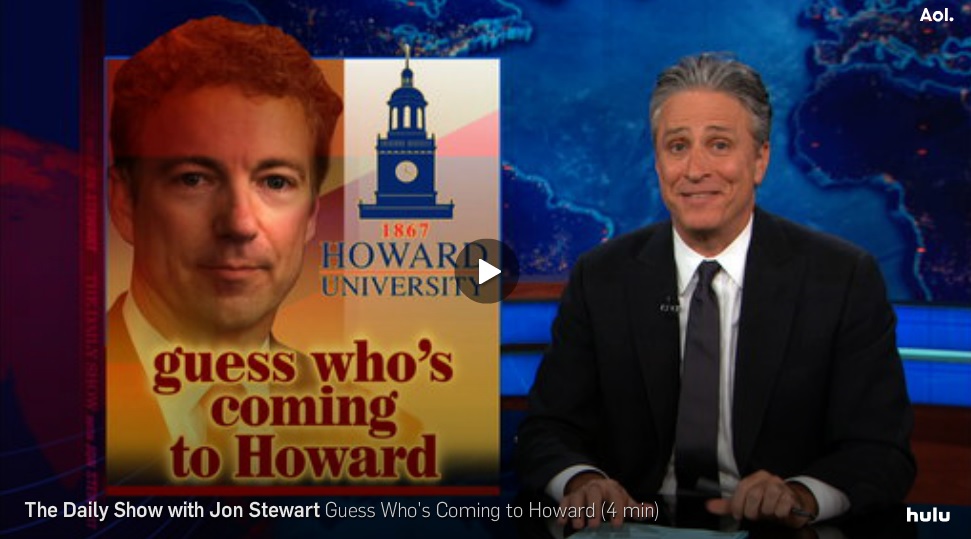 Huffpo's summary of the opening segment: Jon Stewart began Thursday's "Daily Show" with a look at Rand Paul's visit to Howard University. After announcing that people told him he was either "brave or crazy" to go speak at the traditionally black school, Paul attempted to convince the students that the Republican party has always been on the right side of civil rights history... if you disregard the last 60 years, of course. Stewart was quick to point out that "you can't just yadda yadda yadda the last 60 Republican years," noting that it was the racist response to the civil rights movement that led many Democrats to leave their party and join the Republicans, changing the face of the GOP forever. 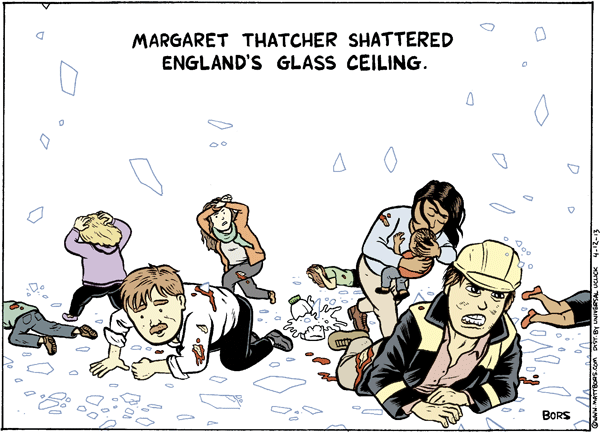 Why is he doing this? Don't read further. I'm telling you, you do not want to know...