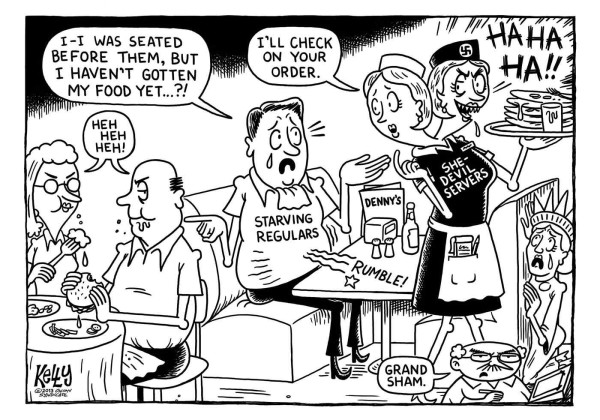 The new president of the National Rifle Association, James Porter:

"Tracing the history of the NRA, Porter added, “You know, the NRA was just a glorified shooting club up until about 1968. At that time, Thomas Dodd, father of Chris Dodd, was a Senator, and Stuart Symington, and some other Senators, got together and they tried to ban all firearm ownership. And we were able to craft a compromise.” The legislation to which Porter is referring to, the Gun Control Act of 1968, never included any provision to ban firearm ownership. Senator Dodd and other supporters did reach a compromise with the NRA prior to the bill’s passage, but provisions that were lost in that compromise included federal licensing of gun owners, federal registration of gun and ammunition sales, and a complete ban on mail-order and interstate gun and ammunition sales."

Oh, and what did they feature at their little get together recently? Behold the "ex-girlfriend" gun target (Obama models also available)