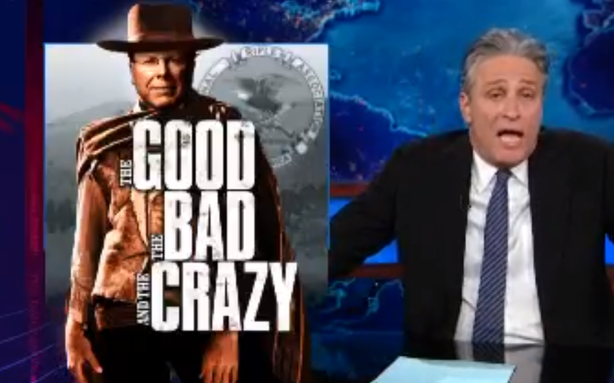 How many times have you heard a conservative say liberals have nothing to offer but emotions for gun control debate? On last night's Daily Show, Jon Stewart tried to make sense of the NRA convention speakers' convoluted logic. Speakers like Sarah Palin and Glenn Beck said that President Obama and others are using tactics of emotion and fear... then went ahead using tactics of emotion and fear, prompting Stewart to do his Yoda impression. Ted Cruz bragged about his filibuster... then condemned a filibuster that blocked a bill he wanted to pass. Stewart concluded: "Stop pretending that background checks are the last barrier standing between a free America and Obama-sponsored government mom-rape." *

Entire video clip of Jon Stewart's segment, since it will not embed properly.