And here's Dr. Graffin in an interview talking about the book this quote was taken from: 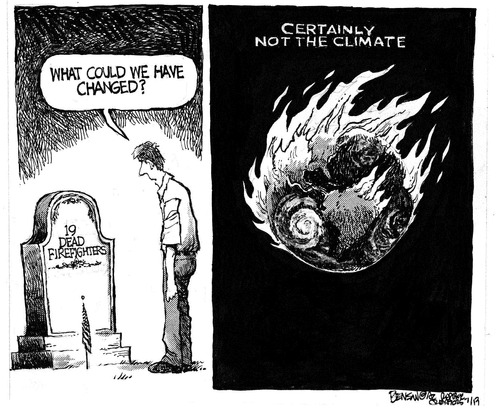 A caricature of Texas State Sen. Wendy Davis (D) points to the pink sneakers in the latest cartoon from Jeff Darcy, the political cartoonist for The Plain Dealer. The caption reads "Wendy Davis and her bloody pink sneakers."

The cartoon slams Davis for her now-iconic filibuster against an omnibus bill that would ban abortions after 20 weeks, among other new restrictions on abortions in the state. The pink sneakers Davis wore have become iconic too.
In the accompanying editorial, Darcy admonished those who would call Davis a a champion of women's rights.

The filibuster, he wrote, was defending the "right to put out the life light of a fetus, by sucking the unborn's brains out in a late-term-abortion procedure." Darcy also reprimanded MSNBC for focusing on Davis' running shoes.