From: "Do Recent School Reforms Enhance or Hinder Real Learning?" 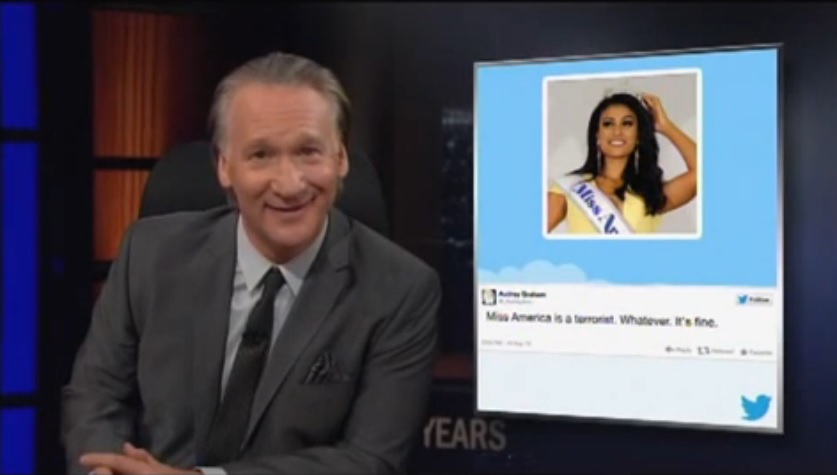 Bill Maher dedicated his final New Rule of the night to Internet trolls who seemingly have nothing better to do than spewing racism and telling Cheesecake Factory to fuck off. Maher was spurred by the outpouring of unbelievably racist backlash to an Indian-American woman being crowned Miss America. He described the hatred as so overblown, so offensive, "you'd have thought that President Obama had just made a reasonable remark." NSFW language in the audio.