Your family’s all in one room — get ready to chug. And get ready for some awkward conversations. 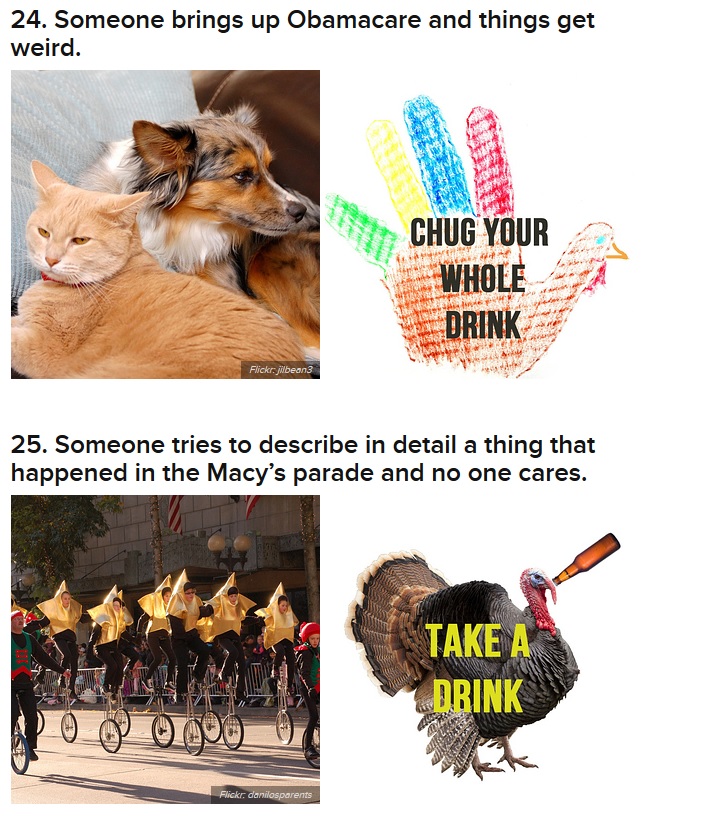 The rest are here. 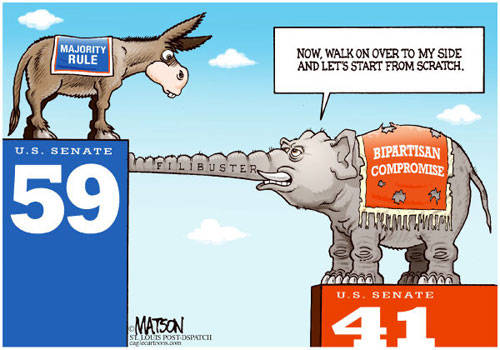 The Senate just concluded a vote and has changed its rule to require only a simple majority for judicial appointments.
[ The New York Times in its alert about the impending vote ]

Tensions between the two parties have reached a boiling point in the last few weeks as Republicans repeatedly filibustered Mr. Obama’s picks to the country’s most important appeals court, the United States Court of Appeals for the District of Columbia Circuit. The Senate has voted on three nominees to the court in the last month. Republicans have blocked them all, saying they would allow the president no more appointments to that court. Democrats, who filibustered their own share of Republican judicial nominees before they took control of the Senate, have said that what the minority party has done is to effectively rewrite the law by requiring a 60-vote supermajority threshold for high-level presidential appointments. Once rare, filibusters of high-level nominees are now routine. By leaving the appeals court with a bench of just eight full-time judges — there are 11 full-time seats — Democrats argue that Republicans are denying Mr. Obama his constitutional powers to appoint judges and reshaping the nature of the federal judiciary. The filibuster changes Democrats are pushing for, which can be passed with just a 51-vote majority under a procedural move so contentious it is known as the nuclear option, would not affect Supreme Court nominees.

"I haven't heard Zimmerman apologists dismiss Zimmerman's soon to be ex wife, ex father-in-law and ex-girlfriend, as skittle packing pot-smoking thugs who had it coming. Gee, do you think it's because they're all white and still alive to tell their version of events? - link"