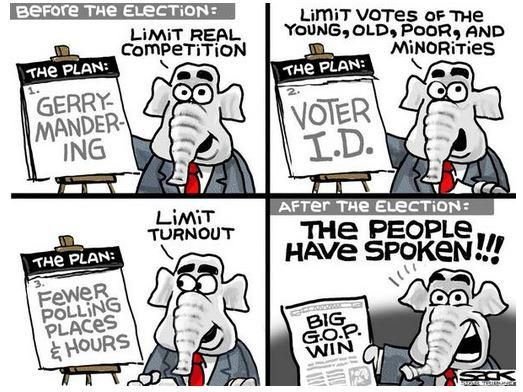 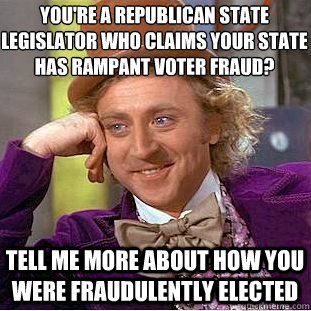 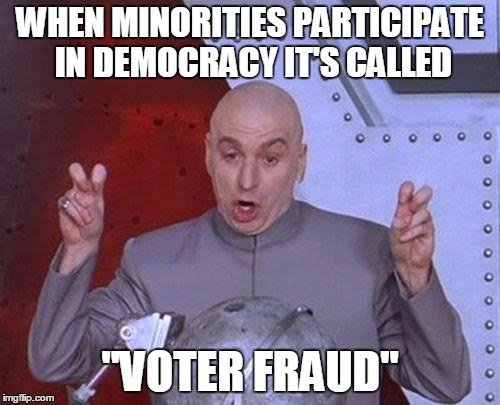 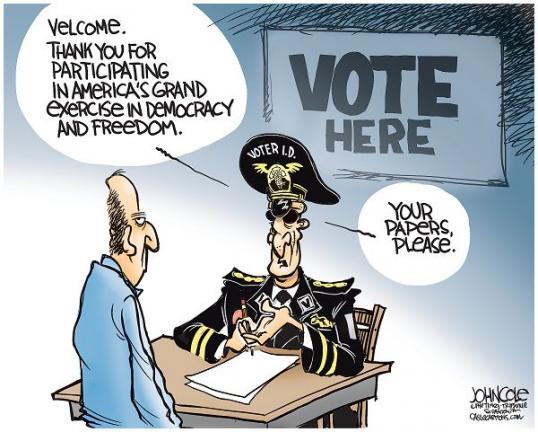 Found these on a thread about Glenn Grothman:

On Thursday, WITI-TV caught up with Grothman and asked him about his comments on the voter suppression law. Grothman said that he didn't understand what the big deal was:


Grothman said he doesn't seen anything controversial when it comes to comments he made to a Milwaukee television reporter on Tuesday, April 5th.

"I don't know what's controversial about it. It surprises me that anybody would object to those comments," said Grothman.

Grothman then went on to say that when he said it would help Republicans, he really meant that it would help Republican voters feel better about voting. What he didn't say was that the Republican voters would feel better for two reasons. One, they would know that the elections were fixed. Secondly, they wouldn't have to deal with black people, poor people or and other sort of undesirables.