Paul Ryan was added to the Invertebrate page on Wikipedia:

And a couple of more:

The U.S. vs John Lennon - Is Donald Trump the Mussolini We've All Been Waiting For?

Holy what? Shot the fuck?

The Next News: Fri, 13:09; Trump Fan Who Shot An Unarmed Anti-Fascist Protester in The Stomach is Set Scott Free While Journalists Face 10 Years in Prison for Doing Their Jobs https://t.co/4ZrpH9oMYT
...thanks to nebris 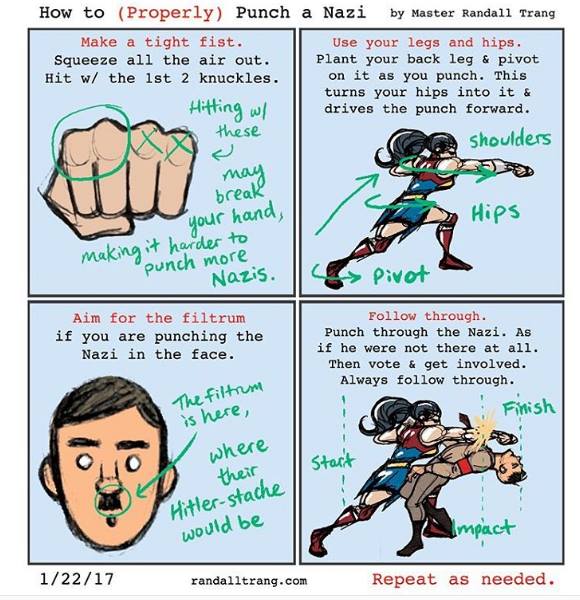 Someone Painted a 'Rape Trump' Mural on the Mexican Border

There are also detailed directions to get from Tijuana to Trump Tower in New York : vice

At an anti-Trump rally this weekend, the film-maker Michael Moore took the stage to say the president could be taken down with political satire. “Let’s form an army of comedy and we will bring him down,” he said, “He is affected by ridicule.”

A group called Indecline also painted a door that reads "USA/Now Hiring/Keep out". The border wall is just a couple feet north of the international border line.

An old poem by Acción Poética is next to Trump's mural, followed by white crosses with the names of those who have died attempting to cross the border and a McDonald’s logo that reads: "MEXICO — Billions of acres stolen."

The group consisting of political artists worldwide has collaborators and crews in various states in the USA and a handful of countries around the world. The collective broke the world record earlier this year for the largest illegal graffiti mural in the world." link