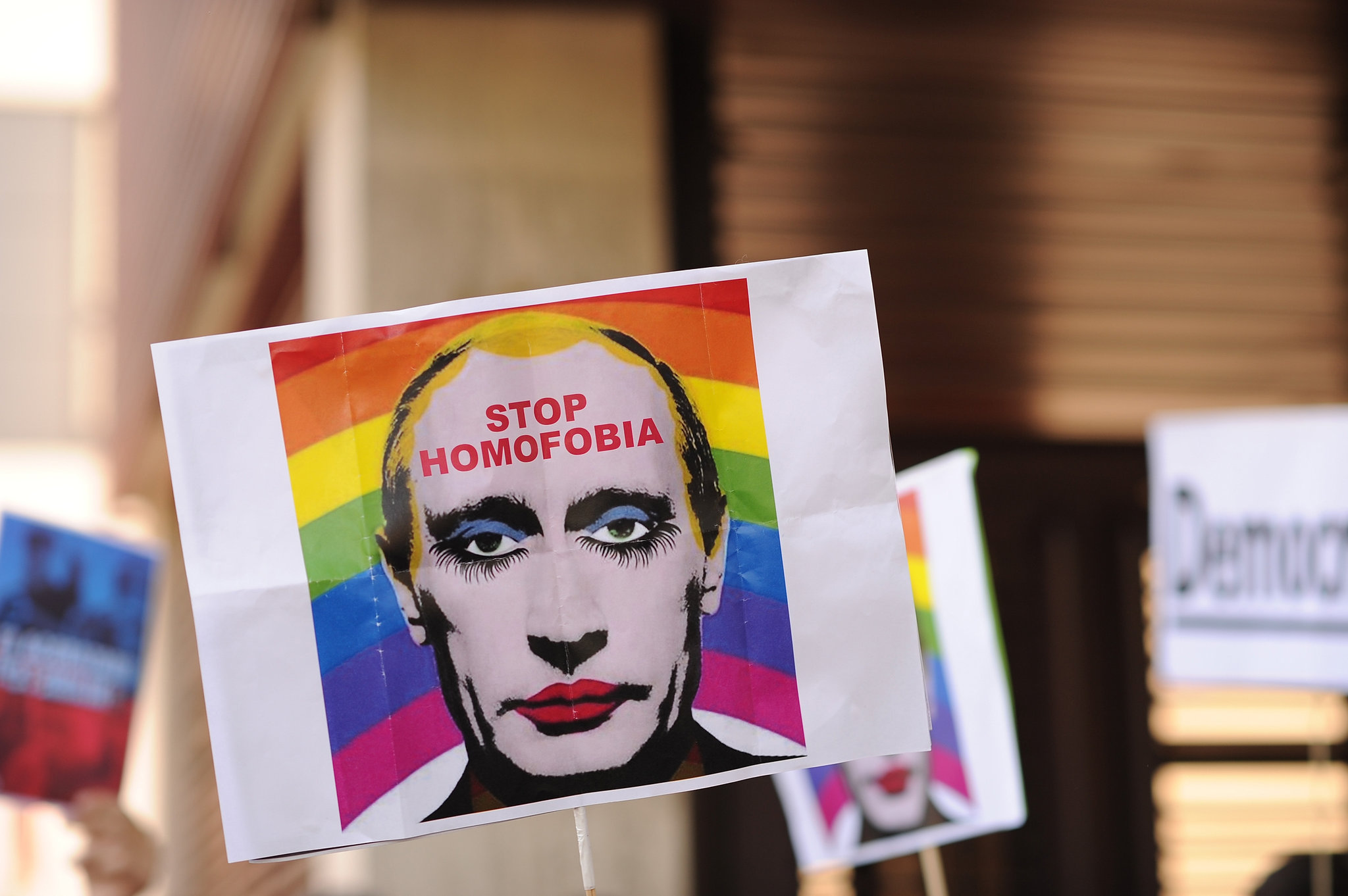 From the New York Times:
"President Vladimir V. Putin of Russia has gone to great lengths to cultivate an image of authority and masculinity.Photos showing him bare-chested and riding a horse have become an online meme. Other widely publicized pictures show him in scuba diving gear, carrying a rifle with a scope or taking down an opponent in martial arts.

So when a Russian named Alexander V. Tsvetkov posted photos and comments last year depicting Mr. Putin quite differently on VKontakte, the country’s largest social network, the authorities took notice. The Central District Court of Tver ruled that a number of the images — including one depicting the Russian leader wearing lipstick, eye shadow and fake eyelashes — were “extremist.” Last month, the Justice Ministry took it a step further and updated its federal list of extremist materials. Offenders face a fine of up to 3,000 rubles or 15 days of administrative detention.

Among the banned materials? Image No. 4072, which Russian officials described as a poster resembling Mr. Putin “with makeup on his face — his eyelashes and lips are painted, which, as envisioned by the author/authors of the poster, should hint to an alleged nonstandard sexual orientation of the Russian president.” The poster of Mr. Putin in drag — reminiscent to some of Andy Warhol’s image of Marilyn Monroe — has been referred to widely on social media and by news outlets as a “gay clown,” with many noting this description is itself a stereotype."