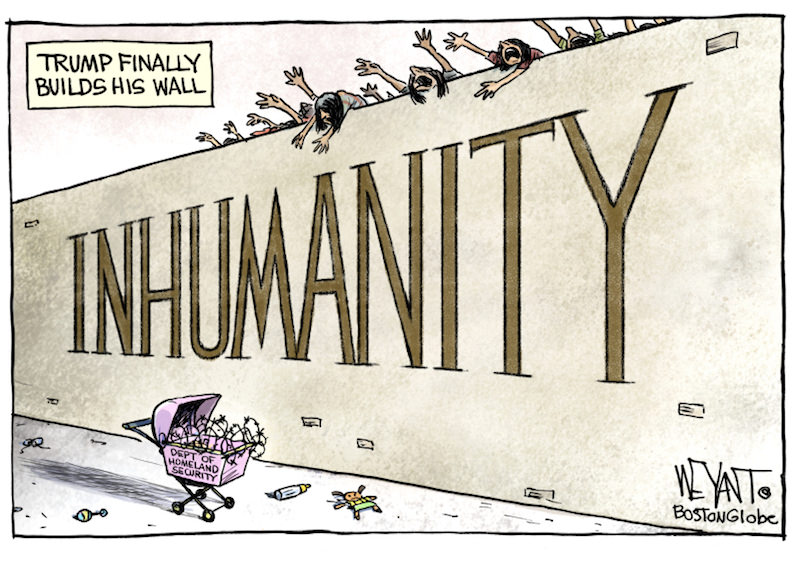 “The families who have been most catastrophically harmed by the Trump administration’s child-separation policy are those in which parents have already been deported while their children remain in government custody. Although there are no hard numbers, there are multiple reports of this happening, and of parents induced to give up their asylum claims for the uncertain promise of being reunited with their children. The former head of ICE suggested that the ranks of parents deported without their kids will grow, and the separations could be permanent.”
”The Awful Plight of Parents Deported Without Their Children,” by Josh Michtom, Slate, June 26, 2018

Four more under the cut.